Our New Democrat government has been making choices to make life better for people across the province, unlike Kevin Falcon and the previous BC Liberal government who chose only to help their wealthy friends at the top. Kevin Falcon will do it again.

Premier David Eby is in your corner. He and the New Democrat team are working to tackle the cost of living for people, improve the services you count on like health and education, and build a strong, sustainable economy that includes everyone.

We’re going to keep working for you to fix problems, get results for people, and together, build a better future for everyone in British Columbia. 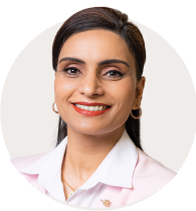