In just 10 weeks, Premier John Horgan and the B.C. New Democrat government have already delivered on many key campaign commitments:

For 16 years, the B.C. Liberal government was only looking out for their wealthy friends, while everyone else was left to fend for themselves and the most vulnerable suffered. On its second day in power, the New Democrat government kept its promise to increase income and disability assistance rates by $100 per month.

The New Democrat government kept another of its commitments towards reducing poverty in B.C. by announcing that as of October 1, 2017, people on income assistance will be able to earn an additional $200 a month without any impact on their payment. For those on disability assistance, the annual earnings exemption will increase by $2,400 a year.

Eliminating tolls on the Port Mann and Golden Ears bridges

The B.C. Liberal government implemented tolls on the Port Mann and Golden Ears bridges, unfairly burdening people who have no other option than to drive to work with the costs of these projects. As John Horgan promised it would be, crossing the Port Mann and Golden Ears bridges is now free, a move that will save drivers as much as $1,500 per year and commercial truck drivers $4,500 a year.

Premier John Horgan wants to make it easier for all British Columbians to get ahead. The B.C. New Democrat government has kept its commitment to eliminate fees for Adult Basic Education and ELL. This will remove financial roadblocks for those upgrading their education, and is an important step towards investing in an economy that works for everyone.

The B.C. New Democrat government kept its promise to expand free tuition for former kids in care, by announcing they now will have access to free tuition at all 25 of British Columbia’s public post-secondary institutions.

The B.C. New Democrat government kept its promise to stop the B.C. Liberal’s planned 42-per-cent increase in ICBC rates, by limiting increases to a 6.4 per cent basic-rate increase this year, while embarking on a multi-year plan to fix the B.C. Liberals’ ICBC financial crisis.

Sending the Site C project for an independent review

The B.C. Liberal government refused to allow our independent energy watchdog to examine the Site C project. Instead, the B.C. Liberals just wanted to “get it past the point of no return,” regardless of the financial impact on people. As promised, the New Democrat government sent the project to the B.C. Utility Commission for a review so that the best-informed decisions are made in the interests of B.C. families.

Under the B.C. Liberal government’s watch, childcare became less and less accessible, and more and more expensive – forcing some parents to make tough decisions about their careers. As promised, Premier Horgan and the New Democrat government have taken critical first steps towards affordable child care, including establishing a Minister of State for Childcare and increasing funding to support the creation of 4,000 new child care spaces.

Increasing funding for the construction of affordable and supportive housing

The B.C. government has added $208 million for the construction of over 1,700 new units of affordable rental housing, $291 million to support the construction of 2,000 modular housing units for people who are homeless and more than $170 million over three years to provide 24/7 staffing and support services.

Purchasing the Waneta Dam through BC Hydro

Owning the Waneta Dam and generating station is expected to help keep hydro rates affordable for British Columbians, and will support local jobs for many years.

Good jobs, across the province

As part of its commitment to expand BC’s apprenticeship and trades training programs, the B.C. New Democrat government is creating 562 additional seats at 13 public post-secondary institutions throughout British Columbia that offer foundation and apprenticeship programs. These new seats will help ensure that B.C. workers have the skills they need for good jobs in the growing economy.

The B.C. New Democrat government supported B.C.’s lowest-waged workers by increasing the hourly minimum wage to $11.35 an hour. The government has also announced details of a fair wages commission, which will provide recommendations on how to get B.C. to a $15-an-hour minimum wage with regular, measured and predictable increases that businesses can absorb.

In another commitment kept, the B.C. government has restored the tax benefit for credit unions and reduced the amount of capital a British Columbia-incorporated credit union must hold in relation to commercial loans and leases, so they won’t be as restricted as lenders when trying to support B.C. businesses.

As a first step to undo 16 years of B.C. Liberal government neglect, the B.C. New Democrat government increased funding by $681-million for our kindergarten-to-Grade 12 education system over three years. This includes $521 million for up to 3,500 new teaching positions to improve classroom supports for children, $160 million for enrolment growth and other pressures, and $50 million in capital funding to provide the resources needed to help all children succeed.

The New Democrat government has increased funding by $6 million annually for the BC Healthy Kids Program, bringing the current investment in the program to almost $30 million a year.

In keeping with the promise to ensure the UBC Therapeutics Initiative has the resources it needs to do its job effectively – keeping drug costs down and patients safe – the B.C. New Democrat government is providing funding of $2 million annually for the program.

Establishing a stand-alone Ministry to tackle the overdose crisis

Following through on his commitment to voters, Premier Horgan created a new stand-alone Ministry for Mental Health and Addictions. The first priority of this new ministry is to save lives immediately in the face of the overdose crisis. The September 2017 Budget Update provided $322 million to this new ministry for an immediate and evidence-based response to the fentanyl emergency for prevention, early intervention, treatment and recovery efforts, improved data collection and analysis, and increased law enforcement to disrupt the supply chain.

Keeping the promise to provide the necessary resources for the Residential Tenancy Branch to do its job and resolve disputes fairly and in a timely way, the New Democrat government has increased funding for the Residential Tenancy Branch by $7 million over three years. This funding will ensure renters are treated fairly in this province and that the rights and responsibilities of both renters and landlords are clearly understood.

Under the B.C. Liberal government, B.C. was the only province without a Human Rights Commission, and British Columbians deserve better. That’s why John Horgan and the New Democrat government announced the re-establishment of a human rights commission to fight inequality and discrimination in all its forms.

Reviewing the Hullcar Aquifer to ensure drinking water is safe

As part of its promise to recognize British Columbians’ right to clean and safe drinking water, the B.C. New Democrat government announced a new review of the Hullcar Aquifer to ensure agricultural practices are consistent with ensuring safe drinking water.

Standing up for B.C.’s interests in the face of Kinder Morgan

New Democrats said they would use every tool in the toolbox to protect our economy, environment and thousands of existing jobs, from the Kinder Morgan pipeline expansion project. The B.C. government secured Thomas Berger as external legal counsel, and was granted intervener status by the Federal Court of Appeal, ensuring that B.C.’s interests will be presented to the court.

The B.C. New Democrat government has kept another of its promises by investing $500,000 from civil forfeiture grants into anti-gang programming for youth in Surrey. The funding will support the Surrey Wraparound (Wrap) program and eliminate the program’s current waitlist.

The B.C. government will act to reduce carbon emissions by increasing the carbon tax rate on April 1, 2018, by $5 per tonne of CO2 equivalent emissions, while increasing the climate action tax credit to support low and middle-income families. Carbon tax revenues will be used to provide rebate cheques for families, and to invest in climate change solutions that create jobs, benefit communities and reduce climate pollution.

Fulfilling a major campaign promise, the B.C. government has introduced legislation to put an end to big money in B.C. politics and put people back at the heart of government decision-making. Reforming campaign finance rules will make sure government’s actions and decisions benefit everyone, not just those with deep pockets.

Supporting people affected by the wildfires

Immediately following the swearing-in of the new government, Premier John Horgan and the new B.C. government made addressing the wildfires and supporting people and businesses affected by them the most urgent priority. In addition to providing ongoing financial support for people forced to evacuate their communities, the B.C. government provided $1,500 grants to help businesses resume operations, and $200,000 each to the Thompson-Okanagan Tourism Association (TOTA) and the Kootenay Rockies Tourism Association to help with tourism-related impacts from the B.C. wildfires.

Increasing safety on our bridges and highways

Motorists who rely on the Alex Fraser Bridge will benefit from a new project to install a cable collar system for ice removal this winter, and motorists who use Highway 97C, the Okanagan Connector, will benefit from roadside reflectors which will enhance visibility of the road alignment both at night and in adverse conditions.

Government is proceeding with an independent and technical review of the George Massey Tunnel corridor to find a solution that gets people and goods moving and makes sense for commuters across the region. 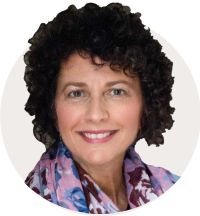