Andrew Mercier was elected MLA for Langley in the 2020 general election. He is the Minister of State for Workforce Development and is a member of the Treasury Board and Cabinet Committee on Economy.

Andrew is a labour lawyer and an active member of the Langley community.  He attended the University of the Fraser Valley and earned a Bachelor of Arts from the University of New Brunswick as well as a Juris Doctor from Dalhousie University.

Prior to his election to the Legislature, Andrew worked as legal counsel for Teamsters Local Union No. 213 and served as the executive director of the BC Building Trades Council, where he advocated for improved safety standards for construction sites.

Andrew has served his community on the University of the Fraser Valley Board of Governors, and the City of Langley’s Crime Prevention Task Group.

Andrew was raised in Langley, where he lives with his wife and two young children.

LANGLEY – New Democrat MLA Andrew Mercier says families in Langley will save money on child care as a local child care site becomes $10-a-Day ChildCareBC site where fees are capped at a maximum of $200 a month per child. “One …

LANGLEY – New Democrat MLAs Megan Dykeman and Andrew Mercier say that people who receive services from local non-profits will benefit from funding to improve community health, accessibility and well-being. “The organizations receiving these funds undertake such important work in our … 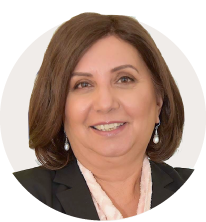