Garry was a career RCMP Officer serving in various locations and in a wide variety of duties for over 38 years, the last eight in Surrey, where he was a District Commander, Watch Commander, and Operations Support Officer.

His years of service and involvement in Surrey left him with a deep understanding of the issues facing the community.

He entered politics as a means of continuing his public service, with the goal of tackling crime, improving hospital care, getting students out of portables and into real classrooms and addressing the transportation needs of Surrey and the region South of the Fraser.

Garry is married, with two adult children and two grandchildren.

He was born and raised in Ontario.

New Democrat MLA Garry Begg says a grant of almost $29,000 for a local non-profit will support projects that advance accessibility and inclusion in the community.  “Fishing is a favourite pastime of many in our community and expanding the sport’s reach …

Education and TrainingJobs and Economy

SURREY – New Democrat MLA Garry Begg is honouring Lovepreet Brar for their work supporting crime prevention and community safety, with a focus on transformative Indigenous-led approaches. “My heartfelt congratulations to Lovepreet Brar’s outstanding leadership and dedication assisting victims of crime and their … 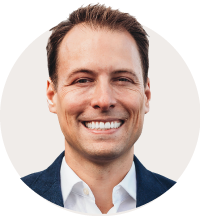 Parksville-Qualicum
Parliamentary Secretary for the Sustainable Economy
Find Your MLA