Megan is deeply connected to her community of Langley, where she has worked as a small business owner and farmer, taken on many public service roles, and is raising her two children.

Before being elected to the provincial office, she served as Chair of the Langley Board of Education. First elected in 2011, she served three terms as a trustee with the Board, working hard to make public education in Langley better for kids and families.

Megan holds a Master’s in International Relations from Macquarie University in Sydney, Australia, where her research focused on food security. In 2017, she completed a certificate in Negotiation and Leadership at Harvard Law School.

Megan served for 6 years as Community Chair of the Langley Agricultural and Economic Advisory Committee, and Chair of the Blueberry Cannon Taskforce. She has served as president of the Langley Farmers’ Institute and the Parliamentarian’s Association of British Columbia. She is a founding “A” leader of ‘Otter Flying Feathers’ 4-H club, the first 4-H poultry club in the Lower Mainland and Fraser Valley in over 25 years.

She lives on her specialty poultry farm in Langley with her two children and their farm’s turkeys, geese, ducks, quail, chickens, and goats.

LANGLEY – New Democrat MLA Megan Dykeman says that people in Langley will continue to enjoy a diverse and inclusive local arts scene as BC Arts Council grants are awarded to individual artists and arts organizations in the community. “We have a thriving art scene here …

LANGLEY – New Democrat MLAs Megan Dykeman and Andrew Mercier say that people who receive services from local non-profits will benefit from funding to improve community health, accessibility and well-being. “The organizations receiving these funds undertake such important work in our … 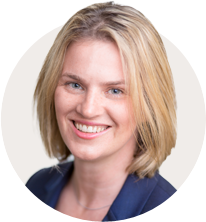