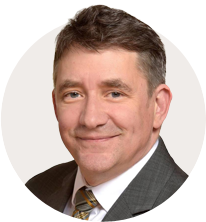 Nicholas Simons was first elected MLA for Powell River-Sunshine Coast in 2005, and was re-elected in 2009, 2013, 2017, and 2020. He is the Minister of Social Development and Poverty Reduction. He is Vice-Chair of the Cabinet Committee on Social Initiatives and a member of the Cabinet Working Group on Mental Health, Addictions and Homelessness.

Prior to his appointment to cabinet, Nicholas served as Chair of the Standing Committee on Children and Youth. Nicholas previously served as the Official Opposition spokesperson for Coastal Economic Development, Small Business, and Arts and Culture.

Nicholas spent over 15 years working in the areas of health, justice, social services and child welfare. He served as the director of health and social development for the Sechelt Nation from 1997 until his election in 2005.

In his role as director with the Sechelt Nation he oversaw public health, child welfare, alcohol and drugs, financial assistance, and justice programs. He negotiated funding for innovative preventative health and social services which led to a dramatic reduction in adversarial child welfare intervention, and improvements in health outcomes in all age groups.

Prior to his employment with the band, he worked as a child-protection social worker for the Ministry for Children and Families in Sechelt and North Vancouver. He has worked as researcher and consultant for the federal, Northwest Territories, British Columbia and First Nations governments in areas including law reform, child welfare, legal education and crime prevention.

Nicholas has taught criminology, in which he has a bachelor’s degree from the University of Ottawa and a master’s from SFU. He has taught child protection to social workers based in First Nations communities. His 2004 review of the death of a Port Alberni toddler, and the controversy surrounding the report, led to the Hughes Report and significant changes in the child welfare system in British Columbia.

Nicholas has been active in the arts community as a cello teacher, performer, and session musician. He has played with local, national and international artists and ensembles and has two gold records. He is a former president of the Sunshine Coast Arts Council, and the founder and editor of the Lower Langdale Tattler, a limited-circulation satirical newspaper.

Nicholas has served as the chair of the Social Policy Committee of Caucus, on the Select Standing Committee on Finance and Government Services, and is the longest-serving member of the Select Standing Committee on Children and Youth. Nicholas has also served as the Opposition critic for tourism, sport and the arts; human rights, immigration and multiculturalism; the Ministry for Children and Family Development; and Community Living B.C.

POWELL RIVER ­–­ New Democrat MLA Nicholas Simons says that new funding for Emergency Support Services (ESS) will help keep people safe in the event of an emergency. More than 50 First Nations and local governments will receive a share of …

SUNSHINE COAST – New Democrat MLA Nicholas Simons says strengthened support from the BC NDP government will help local artists and art organizations on the Sunshine Coast recover from the impacts of the pandemic.  “One of the most attractive things about the …

POWELL RIVER – New Democrat MLA Nicholas Simons says a grant is coming to Powell River to support economic recovery and expansion as a result of the tisk wat mill curtailment. “People in Powell River have faced a number of … 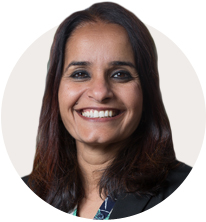