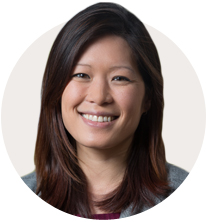 Serving as the MLA for North Vancouver-Lonsdale since May 2017, Bowinn is the Minister of Emergency Management and Climate Readiness. Bowinn is also a licensed Professional Engineer and certified Project Management Professional.

Bowinn previously served as Minister of State for Infrastructure, delivering major capital transportation infrastructure projects and supporting highway recovery efforts following the atmospheric river events of November 2021. She has also served as Parliamentary Secretary for TransLink and Chair of the Select Standing Committee on Crown Corporations, where she led an all-party committee to develop recommendations for Transportation Network Services in British Columbia.

Prior to being elected MLA, she managed terminal expansion and redevelopment projects at the Vancouver International Airport. She also holds a Master’s degree from the UBC Sauder School of Business.

Bowinn is the Canadian-born daughter of Taiwanese immigrants and lives in North Vancouver with her spouse and two cats. She can often be seen engaging with community members on the streets of North Vancouver-Lonsdale with her “Bowinn MAbile”, which is her electric cargo bike.

NORTH VANCOUVER – New Democrat MLAs Susie Chant and Bowinn Ma say that people who are unhoused will have more access to support services across the North Shore as a result of provincial funding. “Everyone deserves access to the care …