Brenda Bailey was elected MLA for Vancouver-False Creek in 2020. She is the Minister of Jobs, Economic Development and Innovation.

Brenda co-founded Canada’s first women-owned and operated video game studio in 2011, in response to the lack of high-quality games being developed for women and girls. She most recently served as the Executive Director of DigiBC, the Interactive and Digital Media Industry Association of British Columbia, where she worked to strengthen the province’s growing creative tech industry and continued her commitment to bringing more diversity and inclusion to the tech sector.

Brenda previously served as the Executive Director of Big Sisters of BC Lower Mainland, helping young people to realize their full potential through mentorship.

Brenda has degrees in Political Science and Social work, with advanced studies in Business and Law.

Brenda lives in Vancouver-False Creek with her family and her giant Bernerdoodle, Murphy.

New Democrat MLA Brenda Bailey says families in Vancouver will save money on child care as local child care sites become $10-a-Day ChildCareBC sites where fees are capped at a maximum of $200 a month per child. “I have heard …

VANCOUVER – New Democrat MLA Brenda Bailey says that local events in Vancouver will benefit from provincial tourism funding. “Whether it’s the adrenaline rush of watching international sports or the buzz of seeing a film premiere, Vancouverites are passionate about the world-class events …

VANCOUVER – New Democrat MLA Brenda Bailey says people will benefit from more allied health professionals to support their health care needs, as new training seats are added at the University of British Columbia. “It’s so important that people get …

VANCOUVER – New Democrat MLA Brenda Bailey says that people who receive services from local non-profits will benefit from funding to improve community health, accessibility and well-being. “The challenges of the past few years have highlighted how important it is …

VANCOUVER – NDP MLA Brenda Bailey says people in Vancouver will benefit from upgrades to not-for-profit services and programs with additional funding from B.C.’s Community Gaming Grants program. “Each not-for-profit receiving this funding does invaluable work to lift up and protect … 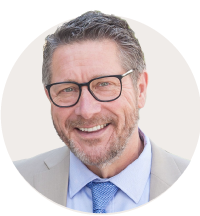