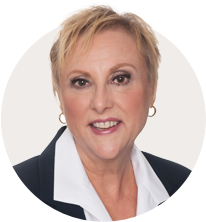 Janet Routledge was elected as the MLA for Burnaby North in May 2017 and re-elected October 2020. She is the Convener of the Select Standing Committee on Finance and Government Services, and previously served as Caucus Deputy Whip.

For more than 30 years, Janet served the Public Service Alliance of Canada, helping workers solve workplace problems, win better wages and improve working conditions. She also represented workers on the federal Employment Insurance Appeals Board, and she was granted commenter status in the National Energy Board hearings on the Kinder Morgan pipeline expansion.

Janet was a leader in the fight for women’s rights. She played a pivotal role in the effort to win pay equity settlements from the federal government and ensuring the voices of women were heard as positions of authority. She was founding member of the Everywoman’s Health Centre, and served for several years on its board of directors.

She has been involved in many non-profits, including CoDevelopment Canada, which provides financial aid to workers’ organizations in Latin America, and Toxic Free Canada, an organization instrumental in helping workers and environmentalists work together.

Janet lives in Burnaby with her husband, Bill Brassington.

BURNABY – New Democrat MLAs Katrina Chen, Janet Routledge, Raj Chouhan and Anne Kang say students at École Seaforth Elementary will soon be playing on a new accessible playground, thanks to $165,000 in provincial funding. “I know the pandemic has …

Burnaby-Edmonds
Speaker of the Legislative Assembly
Find Your MLA