Raj immigrated to Canada in 1973. As a student in India, Raj was actively involved in student union activities. Upon his arrival to Canada, Raj was greatly impacted by the plight of other immigrant workers and the wide disparity between the rich and poor in a prosperous country. This contributed to his ongoing advocacy for community and social justice for workers.

Raj is the founding president of the Canadian Farmworkers’ Union and served as the director of bargaining for the Hospital Employees Union for 18 years. Raj also served as a member of the Labour Relations Board of B.C. and the Arbitration Bureau of B.C.

A founding member of the B.C. Organization to Fight Racism, Raj has worked relentlessly in promoting human rights and racial equality. He has served as the vice-president of B.C. Human Rights Defenders since 2003. Raj has taught courses on human rights, the B.C. Labour Code and collective bargaining since 1987. He has also travelled across Canada to give seminars and attend conferences that raise the awareness of issues such as racism, poverty, worker rights and discrimination.

Raj continues to support organizations in his community and has helped to promote diverse programs including neighbourhood safety, refugee assistance and health and wellness programs for seniors.

BURNABY – New Democrat MLAs Anne Kang, Raj Chouhan, Katrina Chen, and Janet Routledge are welcoming over $2.4 million through the Community Gaming Grants Program to benefit 47 sport, arts, and culture organizations in Burnaby. Some of organizations benefitting from this funding include: …

BURNABY – Local MLAs Katrina Chen and Raj Chouhan are welcoming $142,500 through the province’s BC Arts Council Grant Program for community projects that will create new programs that encourage more inclusivity and accessibility in the creative sector, including those …

BURNABY – Local Burnaby MLAs are saying students will soon enjoy new playgrounds at three schools, thanks to $285,000 in provincial funding through the Playground Equipment Program, now in its second year. Schools receiving funding include: Maywood Community School is … 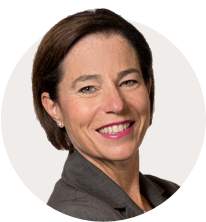 Coquitlam-Maillardville
Minister of Municipal Affairs and Housing
Find Your MLA