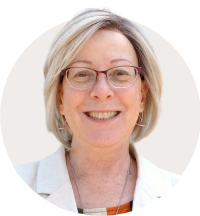 Ronna-Rae Leonard was elected as the MLA for Courtenay-Comox in 2017 and re-elected in 2020. Ronna-Rae is the Deputy Chair of the Committee of the Whole, a presiding officer overseeing debate in the Legislature along with the Speaker and Deputy Speaker. She was formerly the Parliamentary Secretary for Seniors.

In May 2018 she was elected Chair of the Select Standing Committee on Agriculture, Fish and Food. She is also a member of the Special Committee to Review Provisions of the Electoral Act and the Government Caucus Committee on Social Initiatives.

She has lived in the Comox Valley for over 25 years, has strong connections to her community, and has been a dedicated advocate for families, seniors and the environment throughout her career.

From 2005 until 2014, Ronna-Rae was a Courtenay councillor. During her time in municipal politics, Ronna-Rae organized and led the Comox Valley Cycling Task Force and the Housing Task Force.

She also held a leadership role with the Association of Vancouver Island and Coastal Communities, as part of their elected executive, as well as chairing the Vancouver Island Regional Library Board.

Prior to her work as a councillor, Ronna-Rae was involved with environmental and community organizations. She was elected as a Trustee of the Sandwick Water Improvement District and worked as an environmental researcher, educator and project manager. Ronna-Rae also co-chaired the local chapter of Canadian Parents for French for a number of years.

She and her husband, Ron Eby, raised their two children in the Comox Valley, and continue to live there today.

COMOX – New Democrat MLA Ronna-Rae Leonard says that people in Courtenay-Comox will continue to enjoy a diverse and inclusive local arts scene as BC Arts Council grants are awarded to individual artists and arts organizations in the community. “With these awards, recipients will have …

New Democrat MLA Ronna-Rae Leonard says families in Courtenay will save money on child care as a local child care site become $10 a Day ChildCareBC sites where fees are capped at a maximum of $200 a month per child. …

COMOX VALLEY– New Democrat MLA Ronna-Rae Leonard is welcoming a $3.8 million provincial investment that will connect more households to high-speed broadband in ten communities on and around Vancouver Island, including the Forbidden Plateau. “Connecting the province ensures every British …

COMOX- NDP MLA Ronna-Rae Leonard says that more people in Comox will be able to enjoy high-speed internet, as construction to lay subsea fibre optic cable around Vancouver Island completes the projects that were underway in Comox. The project is part of …

Comox – New Democrat MLA Ronna-Rae Leonard says people in Comox will have more opportunities to improve their literacy, math skills, and digital skills thanks to increased funding for Community Adult Literacy Programs. “Adult Literacy is so important, and helps …