George Chow was elected MLA for Vancouver-Fraserview in May 2017 and re-elected in October 2020. Prior to that, he served two terms on Vancouver City Council from 2005 to 2011. He is the Minister of State for Trade, and serves as a member of the Appointments Committee and the Cabinet Committee on Economy.

Born in China, completed primary school in Hong Kong and settled in Vancouver since 1965, George grew up in the Downtown Eastside and attended Britannia and Gladstone Secondary Schools. He graduated from UBC in mechanical engineering in 1975 and had a 30-year career with BC Hydro in power generation.

George is a member of the Association of Professional Engineers and Geoscientists of BC, and a Fellow of Engineers Canada.

He also served on many community organizations as a volunteer -Urban Spirit Foundation, Vancouver Public Library Board, Chinese Cultural Centre of Greater Vancouver, Boys and Girls Clubs of South Coast BC, Chinese Benevolent Association of Vancouver, Vancouver Chinatown Merchants Association, S.U.C.C.E.S.S., and various family associations. He was actively involved with the building of the Chinese Cultural Centre in Vancouver’s Chinatown during the 1970’s and 1980’s.

Taking Care of Our Elders: It’s What We Should Do

Across our diverse communities, taking care of our elders is a priority for us all. From raising a family and putting children through school, to making a new life in Canada or combatting racism in society, our elders have supported … 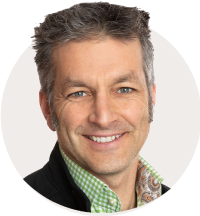