Jagrup Brar was first elected as an MLA in Surrey in 2004, and served until 2013. He was elected again as the MLA for Surrey-Fleetwood in May 2017.

Born in India, Jagrup was a member of the Indian National Basketball team and earned a master’s degree in Philosophy. He then moved to Canada to study Public Administration and received a MPA.

For over a decade, Jagrup worked in the public and non-profit sectors. As the Executive Director of the Surrey Self Employment and Entrepreneur Development Society (SEEDS), Jagrup trained new entrepreneurs to develop and launch successful small business ventures.

Jagrup has been active in the Surrey community for years. He is a dedicated local volunteer, and has worked with a variety of local organizations providing services to young people, seniors, the homeless, and new Canadians. Jagrup is an advocate for the most vulnerable,  and has undertook the Welfare Challenge to tell a story of about living in poverty in British Columbia.

Jagrup lives in Surrey with his wife Rajwant and their two children, Noor and Fateh.

SURREY – New Democrat MLA Jagrup Brar is welcoming $140,300 in Community Gaming Grant funding to parent advisory councils to benefit students in Surrey-Fleetwood. “All students should be able to participate in afterschool activities regardless of family circumstance,” said MLA … 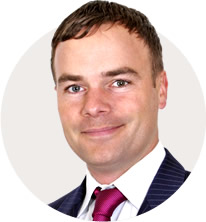