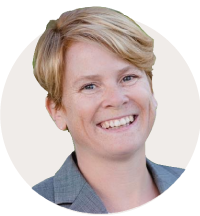 Josie Osborne was elected as MLA for Mid Island-Pacific Rim in 2020. She is the Minister of Energy, Mines and Low Carbon Innovation. She previously served as Minister of Land, Water, and Resource Stewardship. She is the Chair for the Environment and Land Use Committee, and a member of the Treasury Board and the Cabinet Committee on Economy.

Josie grew up on Vancouver Island and has lived in Tofino for over 20 years, first moving there to work as a fisheries biologist for the Nuu-chah-nulth Tribal Council and later as executive director of an environmental education non-profit organization.

She was the Mayor of Tofino from 2013-2020, and also served as Chair and Vice-Chair for the Alberni Clayoquot Regional District. During her time in local government, Josie chaired the Tofino Housing Corporation and was a strong proponent for active transportation and regional transit. She has served as Chair of the Board for the Island Coastal Economic Trust, and in 2017, she was appointed by the BC Minister of Environment and Climate Change to the BC Clean Growth and Climate Action Advisory Council.

Josie lives with her husband on 10 acres in Tofino with their dog, three goats, and a coop full of chickens.

SPROAT LAKE – New Democrat MLA Josie Osborne is welcoming a $3.8 million provincial investment that will connect more households to high-speed broadband in ten communities on and around Vancouver Island, including Sproat Lake. “People everywhere deserve to have access …

PORT ALBERNI – New Democrat MLA Josie Osborne says that people who are unhoused will have more access to support services as a result of provincial funding being distributed to the Uchucklesaht Tribe. “I am so pleased that a local …

Hornby Island- NDP MLA Josie Osborne says that soon more people in the Mid Island area will be able to enjoy high-speed internet, as construction to lay subsea fibre optic cable in the region completes. The project is part of the government’s plan …

Mid Island-Pacific-Rim – New Democrat MLA Josie Osborne says that people who receive services from local non-profits will benefit from funding to improve community health, accessibility and well-being. “These organizations provide invaluable services for many people, whether it’s the Fanny …