Prior to his election as an MLA, Rob served two terms as a Victoria City Councilor. He chaired the city’s finance committee and represented Victoria at the Capital Regional District, the Victoria Regional Transit Commission, the Capital Region Housing Corporation and Tourism Victoria.

As a City Councillor, Rob was a leading advocate for public transit and affordable housing. He was instrumental in the creation of the Capital Region’s Affordable Housing Trust and the region’s transportation plan.

Rob has a Bachelor of Arts degree from the University of Victoria. He worked in research and communications and was a research and policy analyst for the Ministry of Advanced Education. He was involved in many community organizations and travelled to El Salvador to monitor elections there.

Rob lives in Victoria with his wife Maura, daughter Rory and son Jack. He is a dedicated soccer fan and player, and is now helping coach his son’s team.

VICTORIA – New Democrat MLAs Grace Lore and Rob Fleming say that funding through B.C.’s Ministry of Social Development and Poverty Reduction will increase accessibility, allowing more people to participate fully in their community. “Everyone in our province deserves the …

VICTORIA – New Democrat MLAs Grace Lore, Rob Fleming, and Murray Rankin say vulnerable people in Greater Victoria will have greater access to local services which will help tackle homelessness as the community recovers from the impacts of the pandemic. …

VICTORIA – New Democrat MLA Rob Fleming says at-risk youth in Victoria will be able to gain skills in in-demand fields thanks to BladeRunners, an employment and skills training program that provides wrap-around supports for young people. “BladeRunners does critical work … 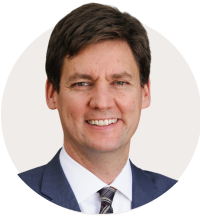